Death Mountain Ascent (commonly shortened to DMA) is a way to enter Death Mountain using Out of Bounds. This allows you to skip the Power Gloves, which you'd ordinarily need to access the cave to take you up Death Mountain.

Found by Yuzuhara, this version utilizes a spindash, making it JP 1.0 exclusive, but is faster and safer from boulders/deadrocks while ascending. Tutorial by JoshRTA: https://youtu.be/Jk76IoS6qfY

It's possible to enter Death Mountain by using the boots to clip into a diagonal wall on the overworld and then activating an upwards teleport to place Link on a different screen. From here you can transition right to Death Mountain.

There are multiple ways to clip through diagonal edge, the easiest way is to press < or > and press A at the same time while holding the sword up.

There are multiple starting points in each edge that will work. 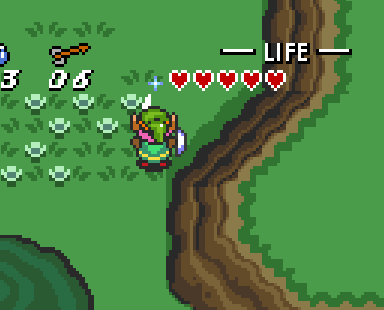 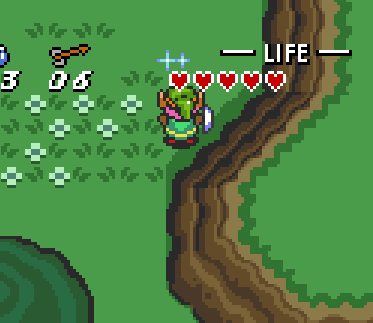 You can see a "hole" in the grass under Link's shadow for the first one.

Then you must do 8 >+A input, you can count or just use visual cue for stopping that 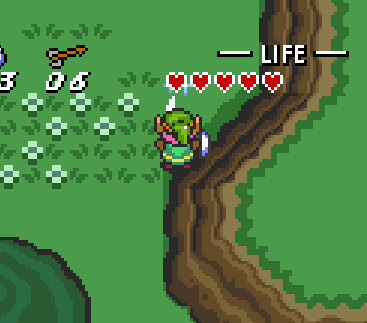 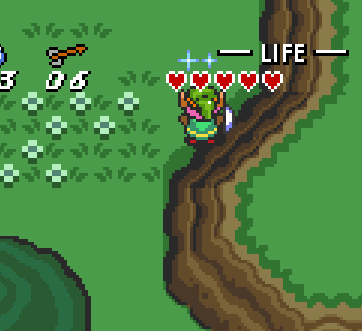 Here you can see for example only 1 pixel of link's feet shadow that go out.

When you reach that, release B then hold >v.

After the teleport, move upright in a diagonal so that you transition just above the base of the mountain wall. 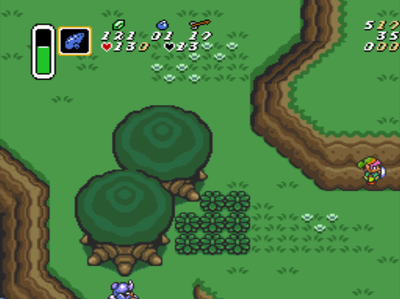 You are at the bottom on death mountain, but you will not see the map properly 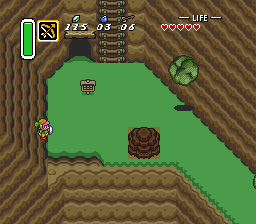 Don't try to enter the cave immediately, the game will have trouble making the black hole closing transition, at best it will take forever, or just crash.

You need to make the camera scroll up (move up and down), you will start seeing the squirrel and boulders but not the entrance. You can try to enter the cave now, It should be fine. 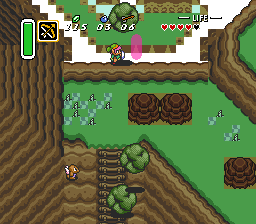 You can find a SMV here : Easy DMA.smv 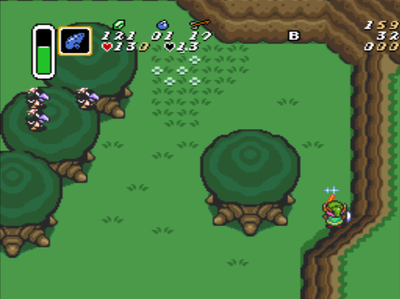 Once transitioned, dash until you bonk. Dash upwards, and you'll be in bounds against Hera’s west wall. 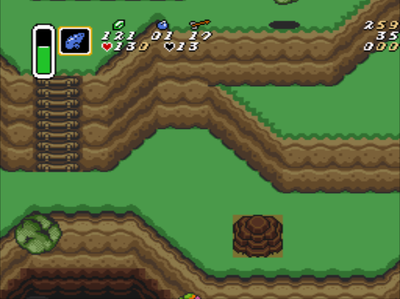 Dead down and hold right until you squeeze past Hera’s wall. 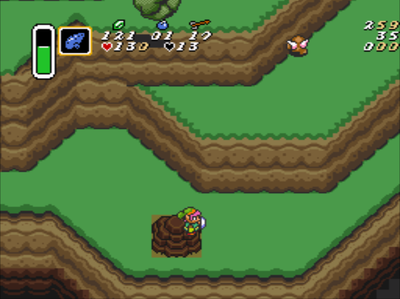 Head east until you've reached the door and enter the dungeon. 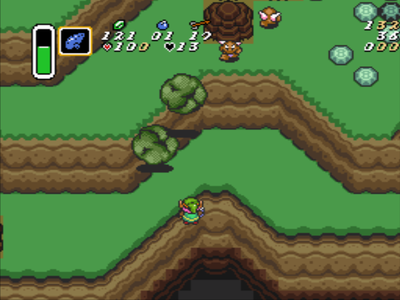