Difference between revisions of "Early Tempered" 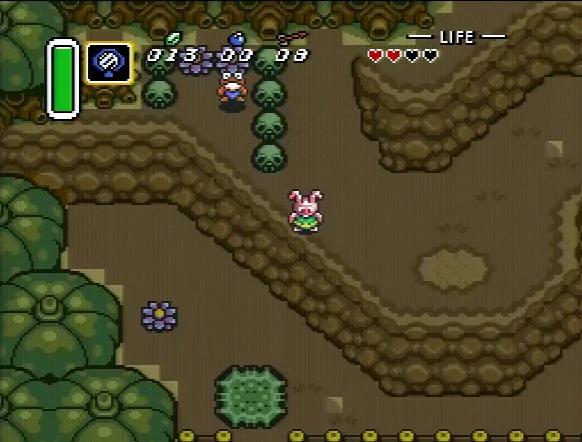 Align with skulls, and hold down untill you hit the ledge. Mirror. 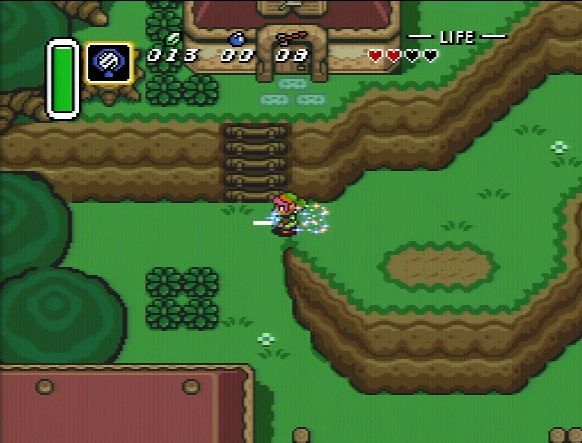 Walk left, out of the warp, and nudge right, untill you are on the left side of this warp. There's a huge number of pixels that works for this one, so no need to be very exact. I do dash buffers while holding the sword out to nudge Link controllably. A dash buffer is just pressing a dpad direction and dash on the same frame. It makes it much easier to move one pixel at a time.

The reason you walk out of the warp, then into it, is because it saves 2 seconds for whatever reason. When Link is just standing inside the warp, it takes ~12.5 seconds to warp, whereas if you move out of it, then into it again, it takes only ~10.5 seconds. But there's no shame in taking the two second hit for consistency, and ignore all that.

In Dark World, you just mirror back ASAP (spam that Y button). 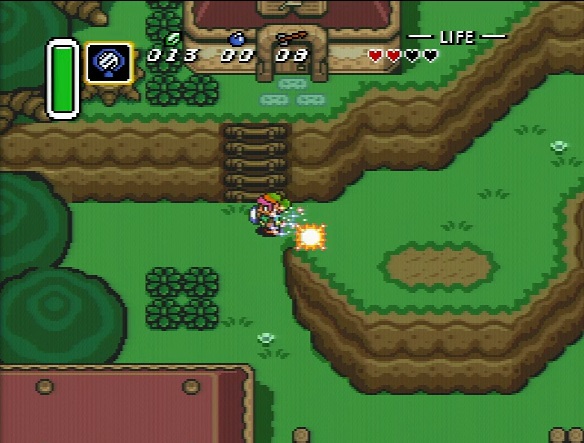 Again, walk out of the warp, and nudge back into it. My cue here is Link's hat, making some kind of bubbly figure out of the right side of the stairs.. That's a weird cue I just realized, but it works. Could try using sword or shield as cue too. There's a bunch of pixels that works for this one as well.

In Dark World, just mirror back. 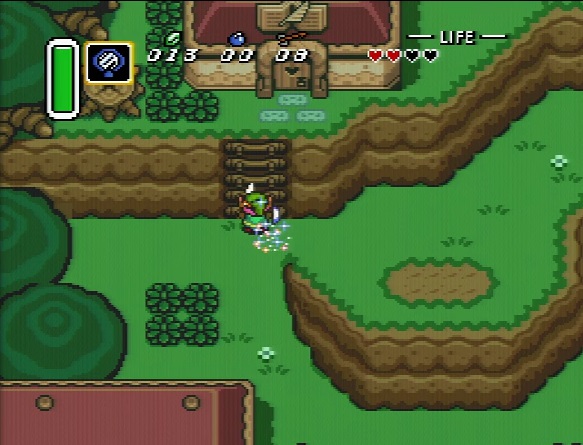 Go up the stairs, nudge down. You want to be on one of the two topmost warp pixels for this one. You can put Link on a correct pixel before the warp invulnerability period is over (Link still blinking), by using the sword as cue (if it covers the black shadow there, you're at the topmost position that will work).

Another way to do this one is to go above the warp, wait until Link stops blinking, and then walk down into the warp.

In Dark World, hold ^ until you hit the skulls, and mirror back. 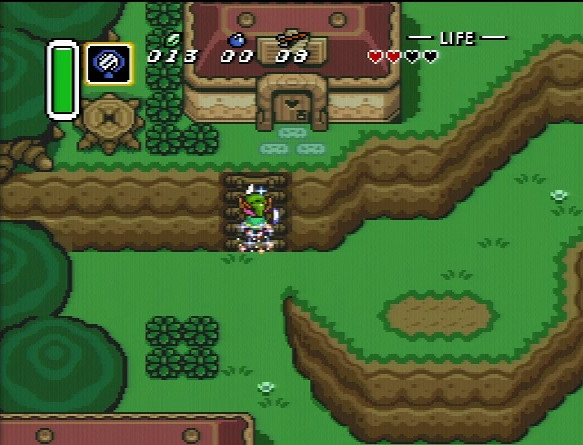 So if you decide to wait until Link stops blinking to nudge down, it's important not to accidentally go 2 frames downwards, because that might put you 1 pixel too far south, which won't work. But it's pretty safe if you use dash buffers.

The hard method is to do it completely bufferless (just hold left, wait 19 frames or so, and press Y). Jadin made that work, by using his controller to tap out a rhythm. He'd press left (holding), L, R and Y. But it's frame perfect and for now, only Jadin has been able to do it in runs.

Luckily, the frog is jumping up and down, and it's doing so in a consistent manner, so we can use its animation frames for cues.

If you're good enough at the game to need this time save (about 14-16s), you're probably good enough that you know about it already anyways.

For the curious, it consists of doing 4 unbuffered mirror jumps in a row. (You can do it buffered too, but that's not faster than the method above, which only has one mirror jump and is thus a lot easier.)

There are 2 other ways (and probably other) to do early tempered without doing mirror jumps.

Here is the Malibukenn method with one mirror warp (using mirror + entering a transition at the same time) https://www.youtube.com/watch?v=kImYIcAMZ2k The video link to a movie file for snes9x-rr 1.51 if you want to study the input.